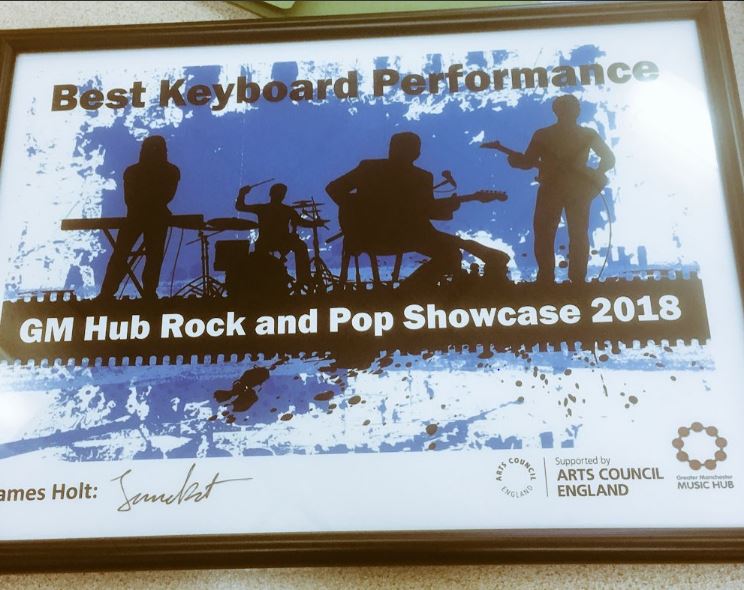 The Westleigh Soul Band was awarded 'Best Keyboard Performance' for their spectacular rendition at the GM Hub Rock and Pop Showcase on Sunday 11th February. The band represented not only Westleigh, but the whole of Wigan Borough. Music teacher, Mr Dykes, was delighted with the band's award saying, "We were the only school representing an authority. All the other bands had college pupils or had students who were selected from a variety of different schools in their authority. I'm a very proud teacher."